x
This website is using cookies, in order to track this cookie warning and other popups, for managing login sessions, and for website analytics. We do not collect or store personally identifiable information, nor track or display advertising related information. That's Fine 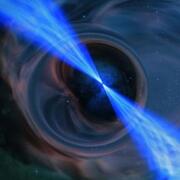 Messages for this POI:
None.

This website is not an official tool for the game Elite: Dangerous and is not affiliated with Frontier Developments. All information provided is based on publicly available information and data supplied by players, and may not be entirely accurate. 'Elite', the Elite logo, the Elite: Dangerous logo, 'Frontier' and the Frontier logo are registered trademarks of Frontier Developments plc. All rights reserved. All other trademarks and copyrights are acknowledged as the property of their respective owners.

Special thanks go to all commanders and explorers who graciously upload their data to EDDN, EDSM, and EDAstro to make all of this possible. We wouldn't exist without your data contributions. For any bug reports or feature suggestions, please visit our forum thread.